When working abroad, one of many important things you need to secure and understand is your employment contract or employment agreement.

This is a binding contract between you and your employer. Remember, it must be written and not an oral. Here, employment agreements are being addressed as long as an important aspect of your employment such as your salary, benefits, termination, obligations or duties and responsibilities of you as an employee and your employer.

Another advantage of having a contract is that this agreement can be referred to in the future, just in case there is a dispute between you and your employer. 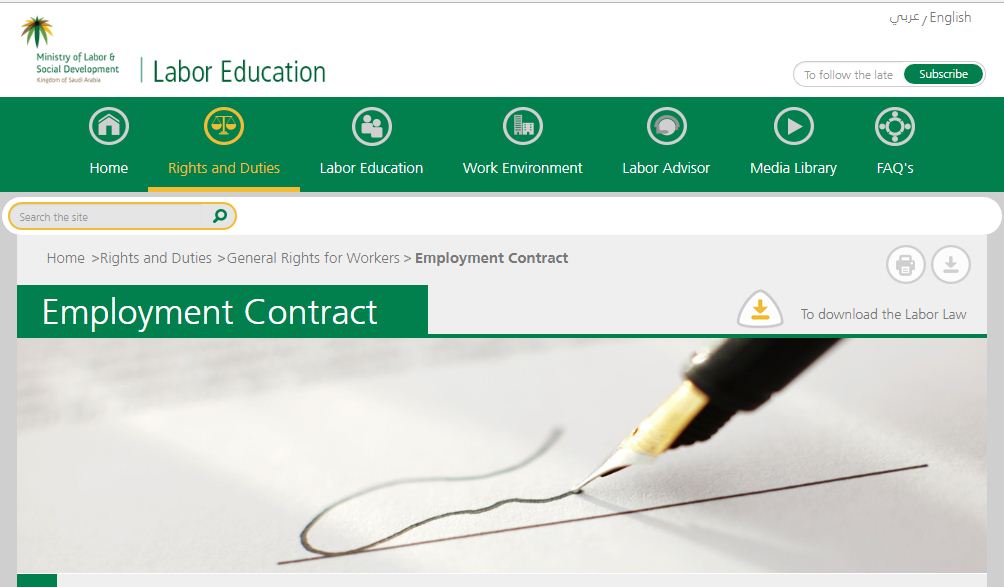 This written document can serve as evidence if needed.

Do not rush into signing your contract, but read and understand it first. Voice your concerns if you have until it’s too late.

In Saudi Arabia, the following are stated in the Employment Contract between a worker and employer: 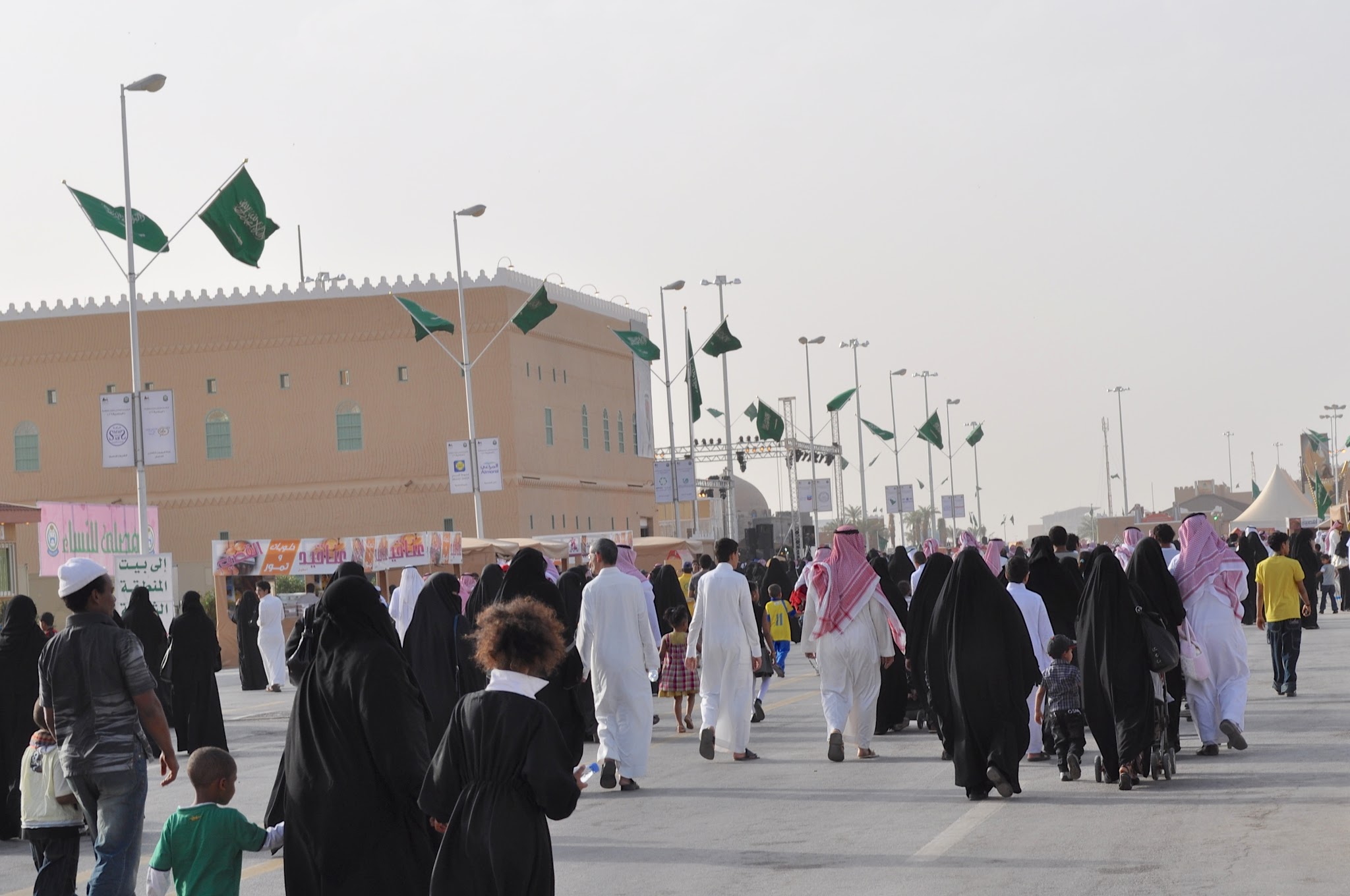 1. Entering into a Work Contract 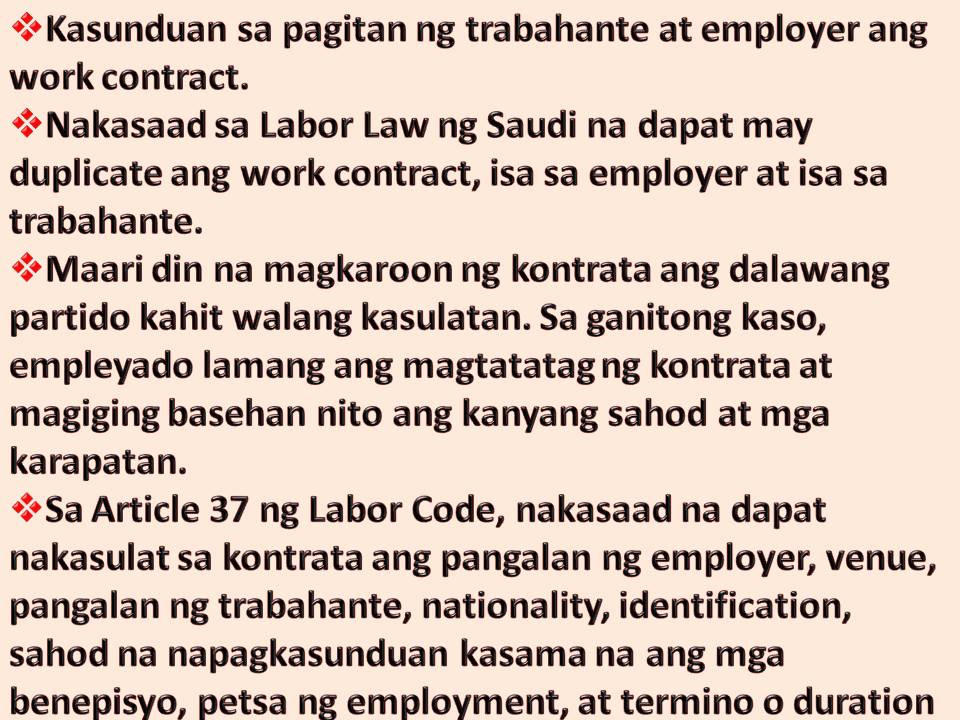 A work contract shall terminate in the following cases:

1. An amount equal to the wage of fifteen days for each year of service of the employee, if it is an indefinite term contract.

2. The amount remaining in the work contract, if it is a fixed term contract.

3. The compensation set forth in (1, 2) above should not be less than an amount equal to the employee’s wage for two months. 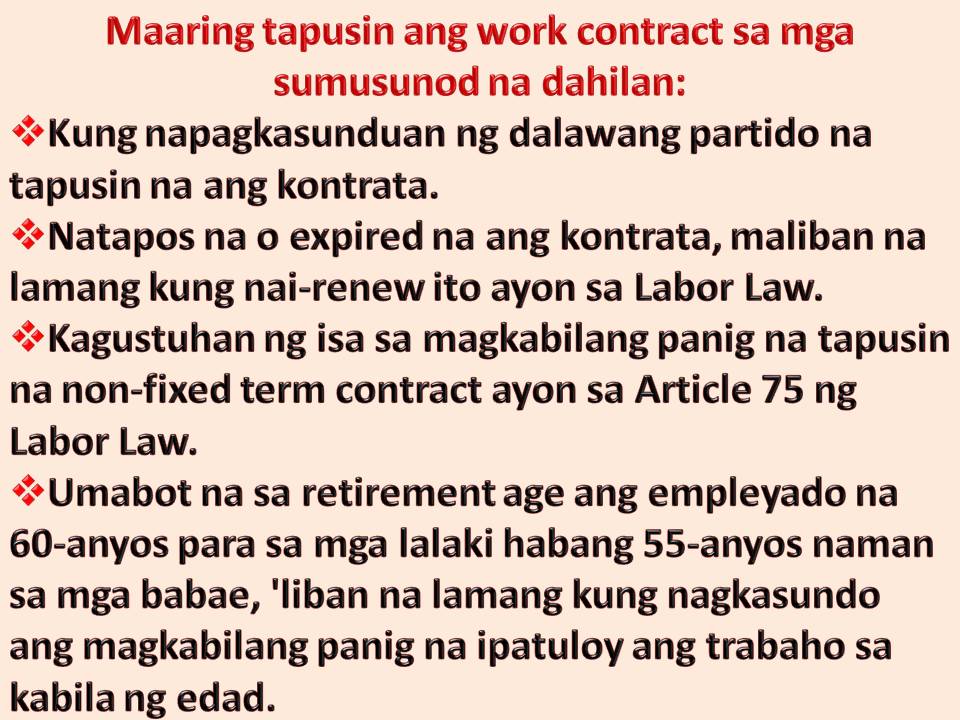 3. Work Contract Termination
>
An employer may not terminate the contract without an award, advance notice or indemnity except in the following cases, and provided that he gives the employee a chance to state his reasons for objecting to the termination:If, during or by reason of the work, the employee assaults the employer, the manager in-charge or any of his superiors. 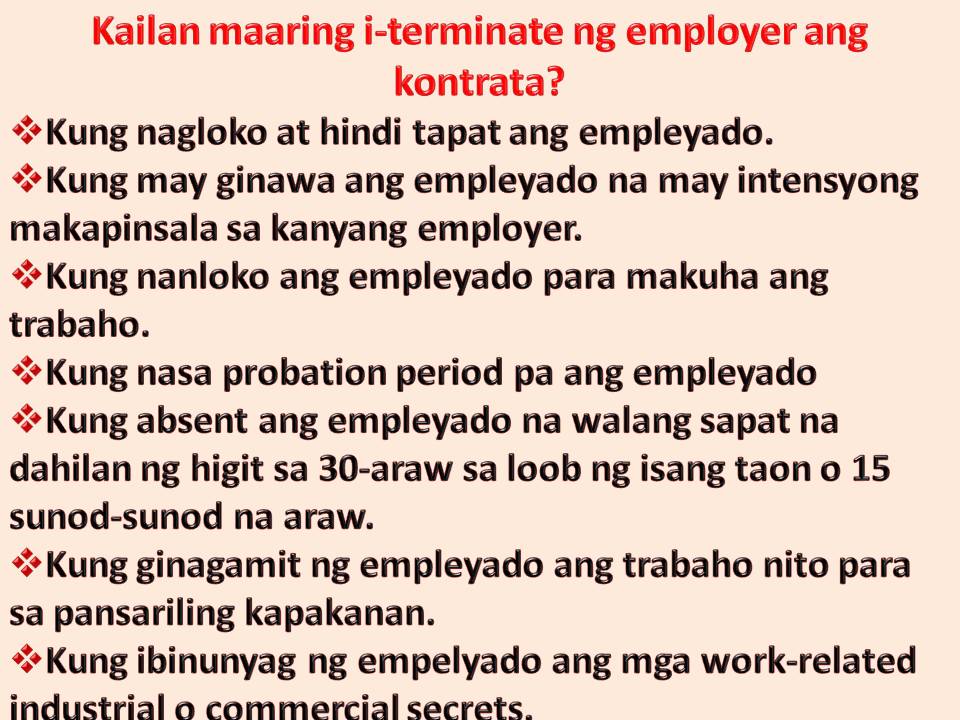 Without prejudice to all of his statutory rights, an employee may leave his job without notice in any of the following cases: 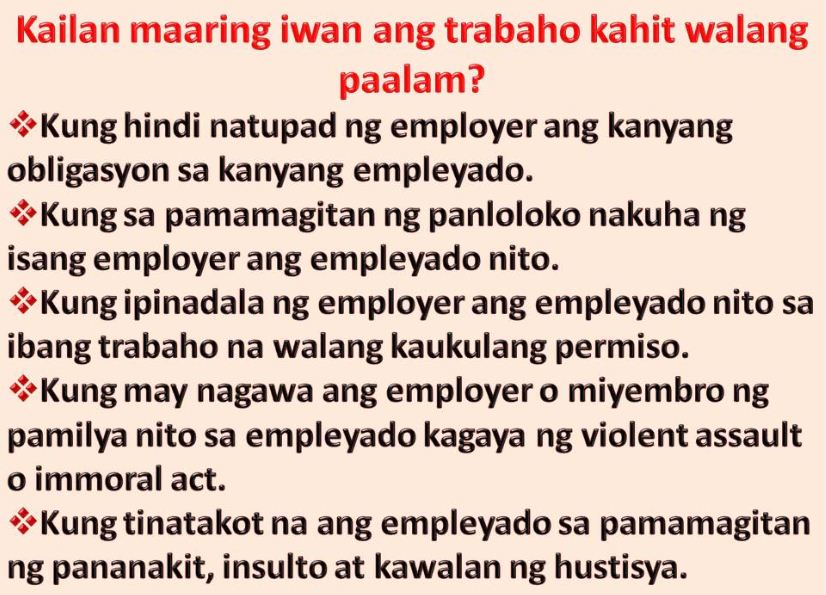 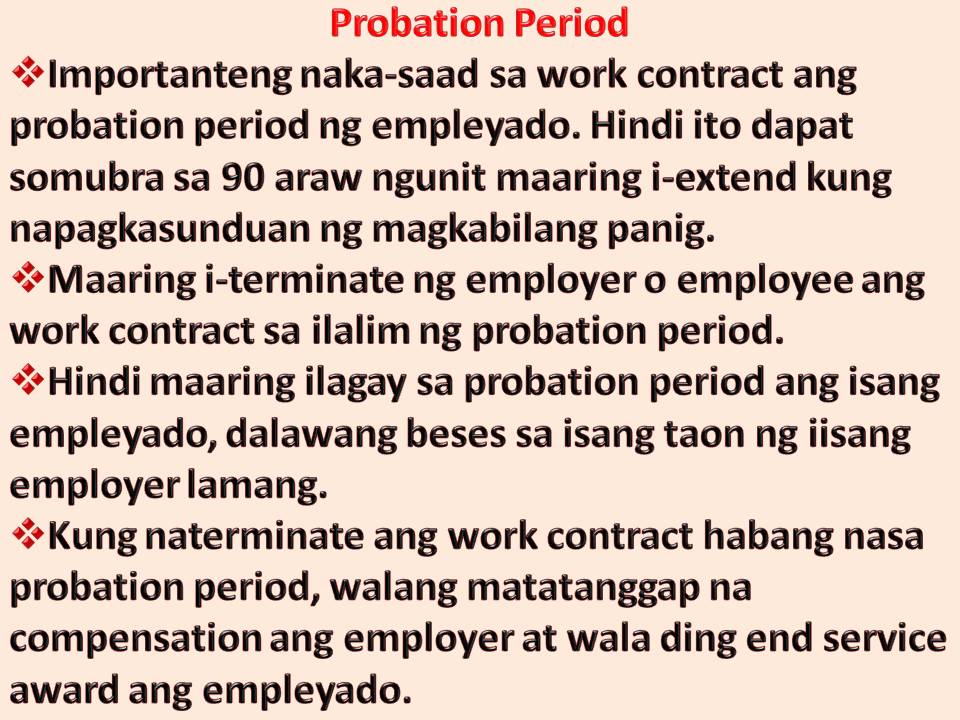