CRIMES THAT CAN GET YOU EXECUTED IN SAUDI ARABIA 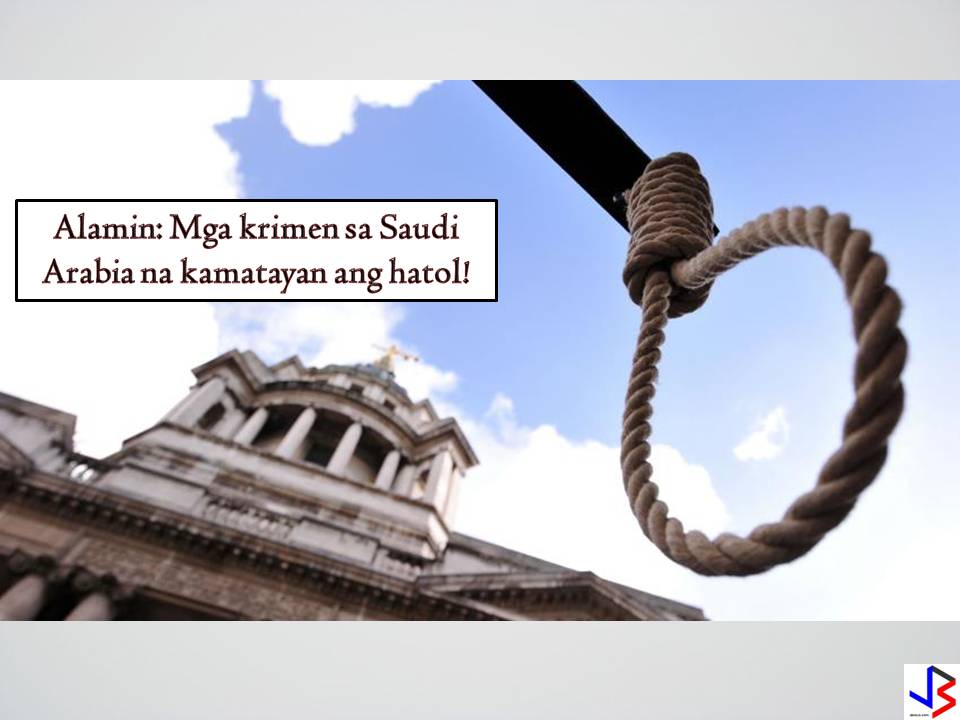 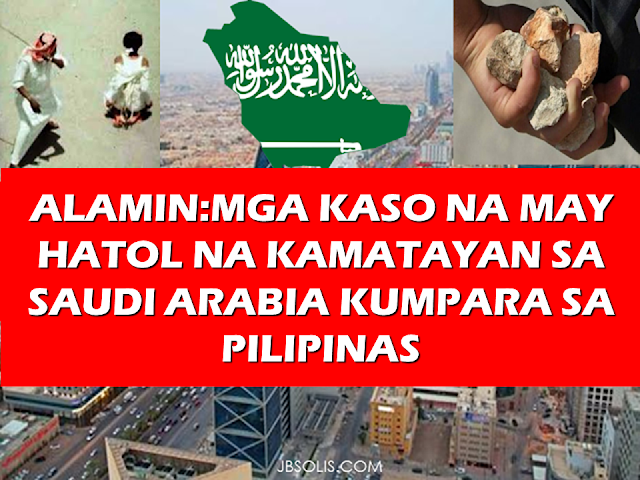 During the former President Marcos years,death penalty is carried out by firing squad or electrocution.Jaime Jose, Basilio Pineda, and Edgardo Aquino were executed for the gang rape of movie star Maggie dela Riva in 1972.

However,during the time of the former President Corazon Aquino,the death penalty was abolished under the 1987 Constitution and all death sentences were reduced to life imprisonment or reclusion perpetua.

A series of  high profile heinous crimes rises during the time of former President Fidel Ramos.The Ramos administration reimposed the death penalty by virtue of Republic Act No. 7659 in December 1993 to address the rising criminality and incidence of heinous crimes.Republic Act No. 8177 mandates that a death sentence shall be carried out through lethal injection.

After the execution of rape convict Leo Echegaray by lethal injection,former President Estrada issued a de facto moratorium on executions in the face of church-led campaigns to abolish the death penalty and in observance of the Jubilee Year.

During  the term of former President Gloria Arroyo,the rise in crimes related to drugs and kidnappings that targeted the Filipino-Chinese community,  she lifted the moratorium issued by Estrada on December5,2003 and resumed the executions “to sow fear into the hearts of criminals”.Even the executions were set to resume on January 2004,it did not push through by the virtue of Supreme court decision.

There is no death penalty implementation until former President Noynoy Aquino’s term ended.

President Duterte wants the death penalty restored and there are pending talks in the senate and the congress for the restoration of capital punishment in the Philippines.

Death penalty by beheading  or stoning to death is implemented  for certain crimes under the law.

Here are the crimes that can result to execution in Saudi Arabia and their equivalent sentence in the Philippines: 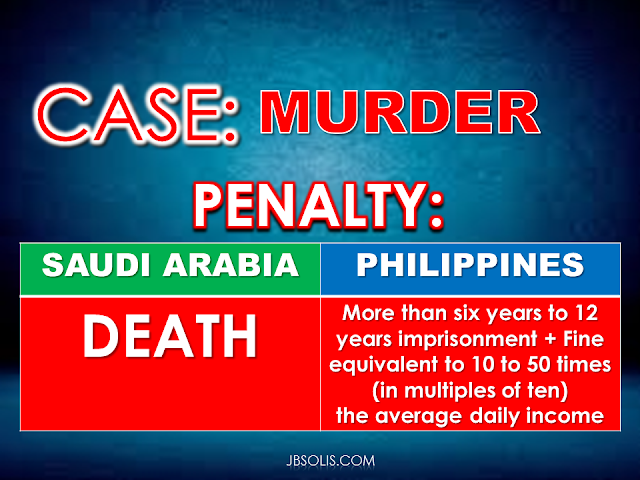 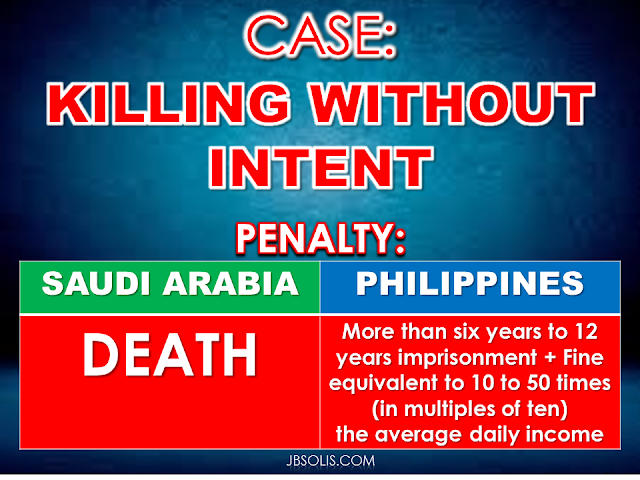 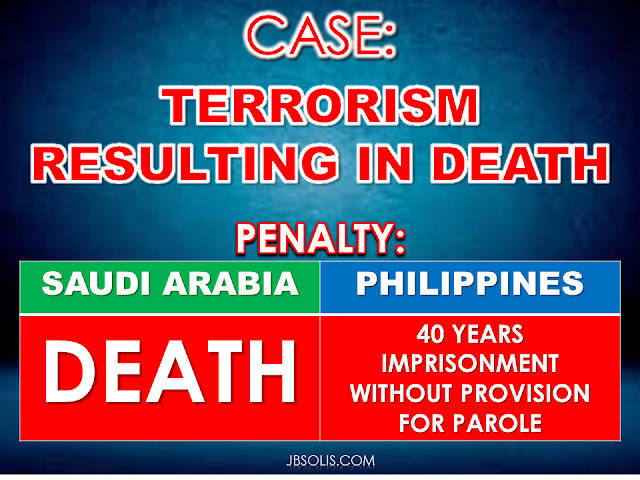 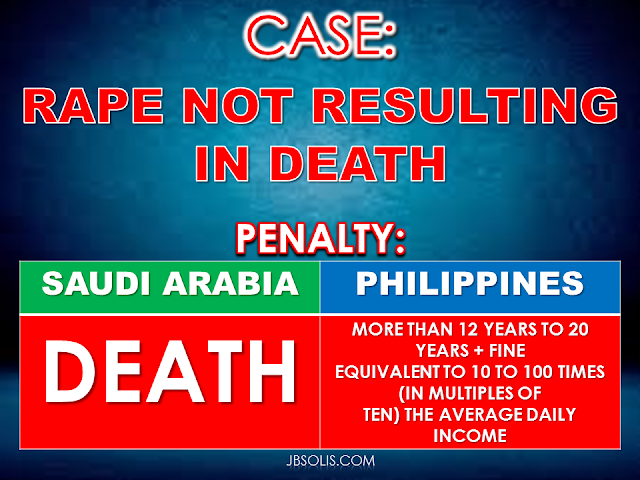 Rape Not Resulting in Death 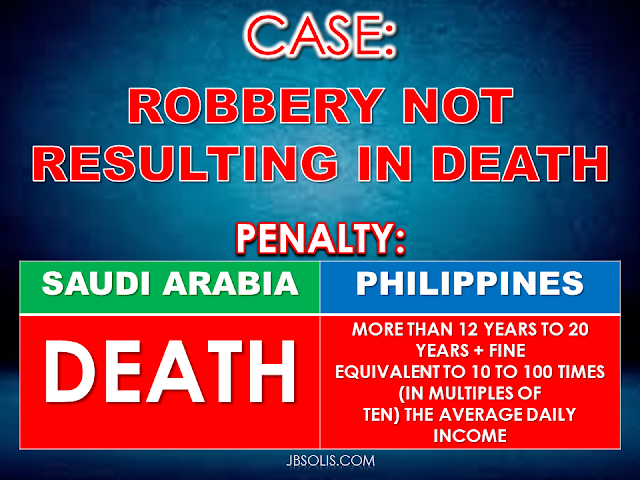 Robbery Not Resulting in Death 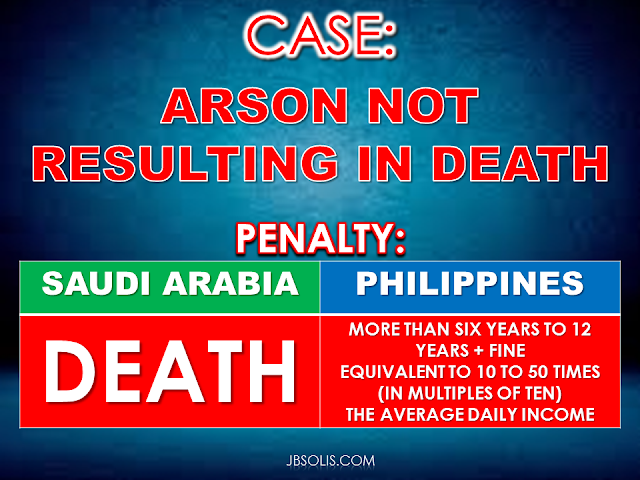 Arson Not Resulting in Death 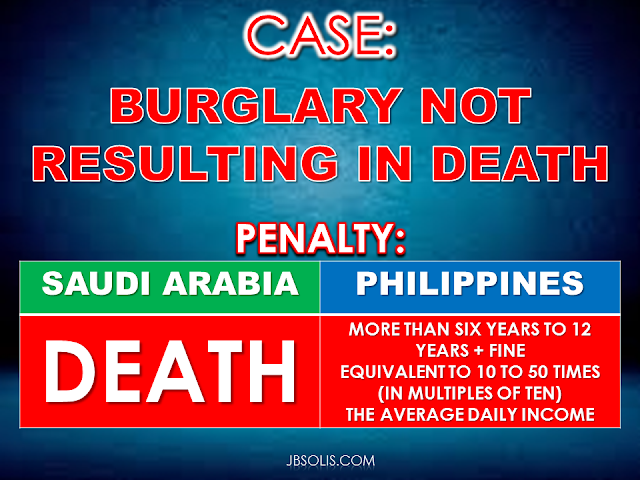 Burglary Not Resulting in Death 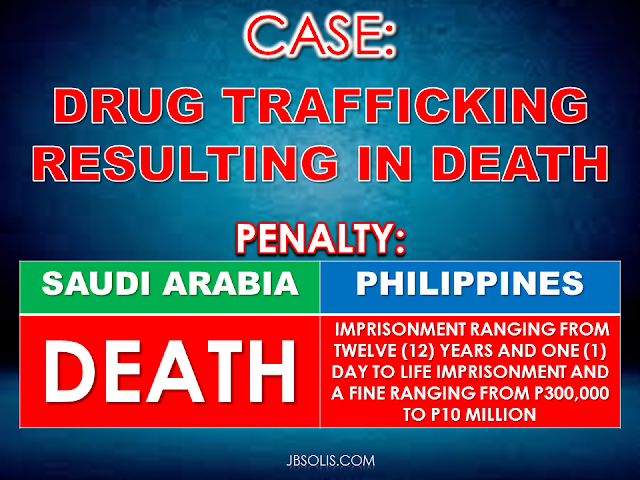 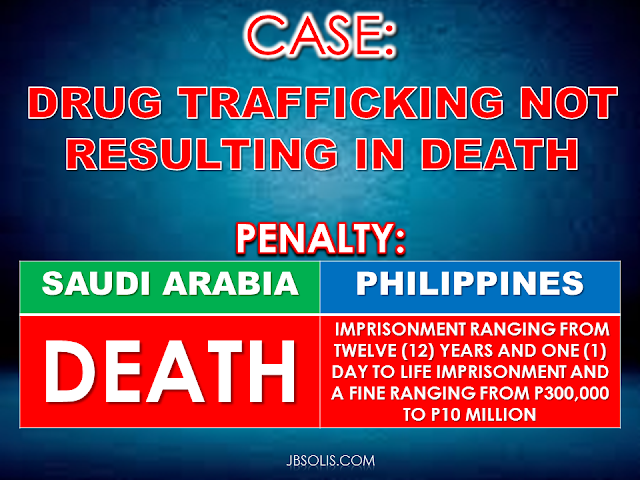 Drug Trafficking Not Resulting in Death 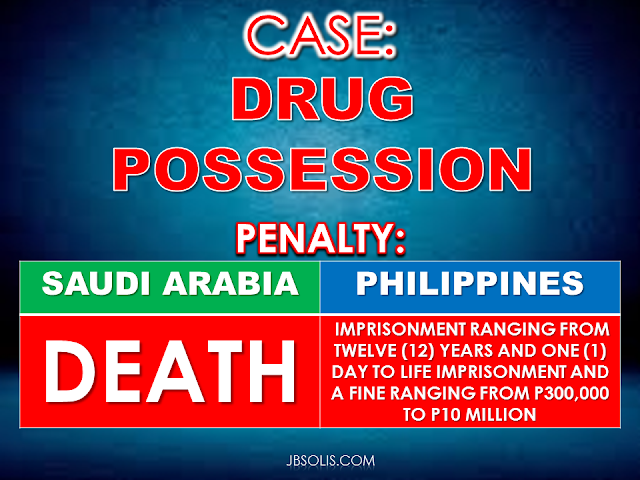 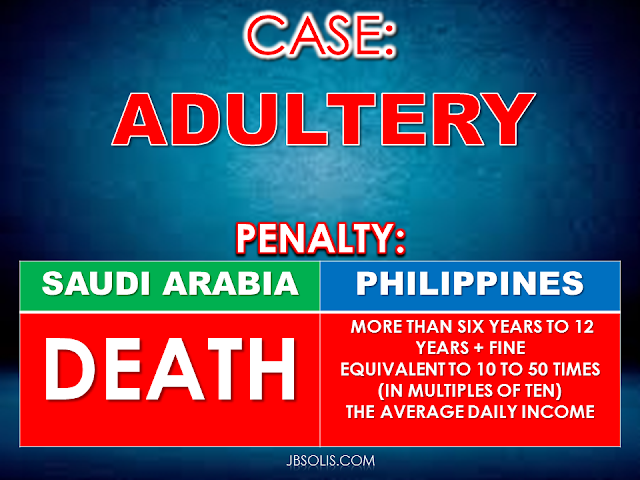 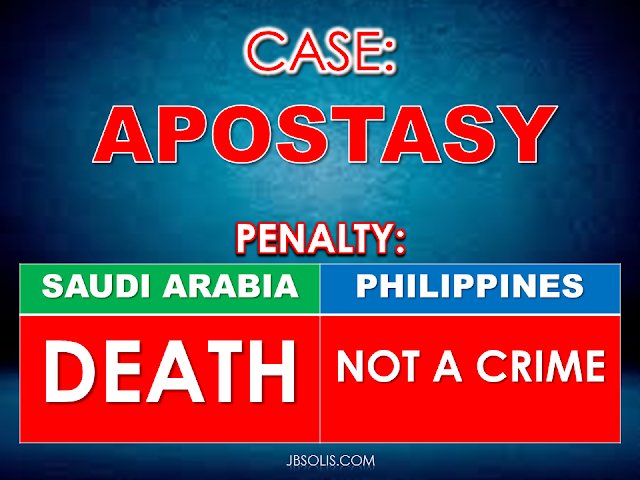 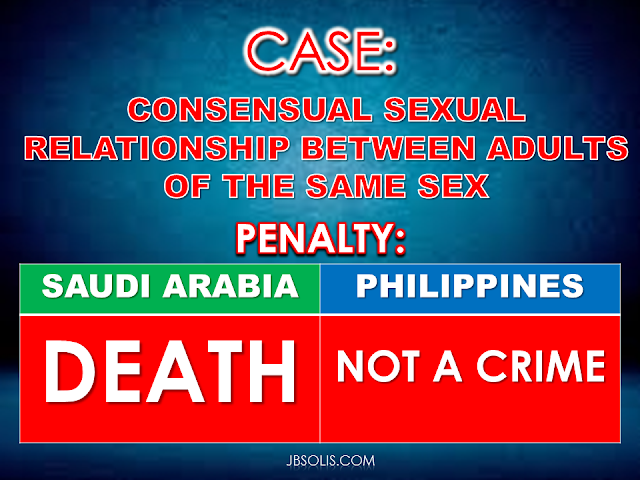 Consensual Sexual Relationship Between Adults of the Same Sex 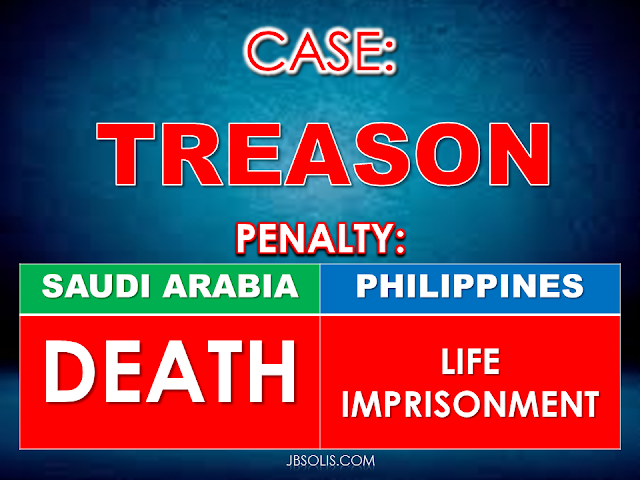 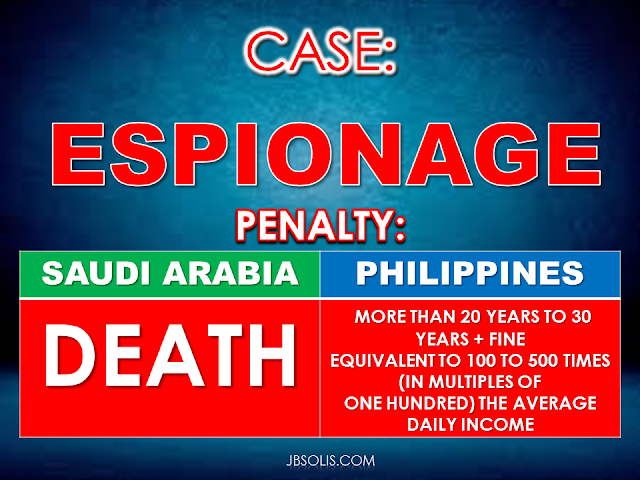 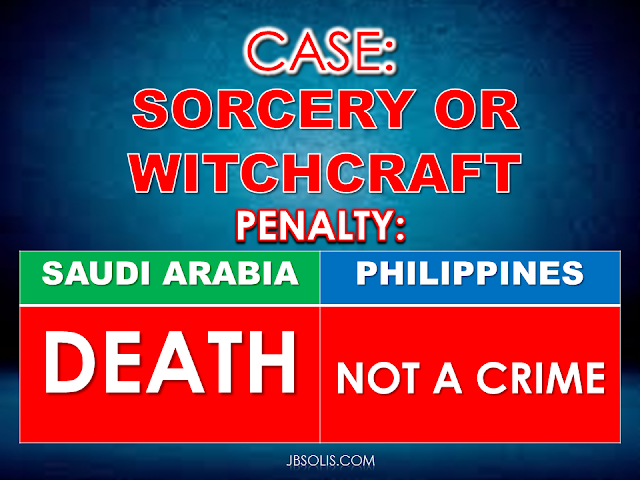 Be wary of these things when you are in Saudi Arabia.These reminders might save you from troubles and possible death.

DO’S AND DONT’S WHILE YOU ARE IN SAUDI  ARABIA