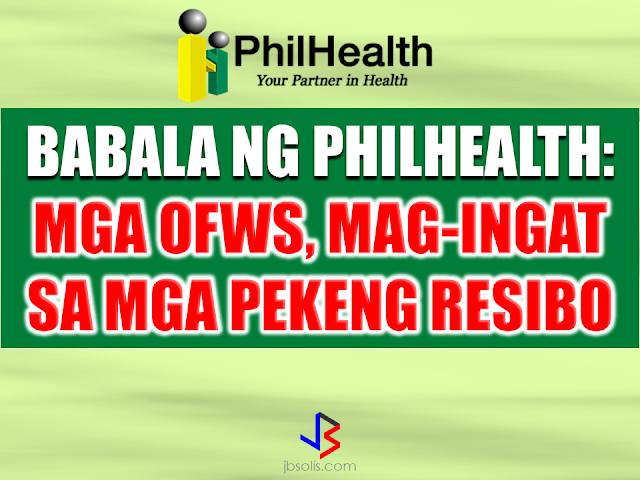 The Philippine Health Insurance Corporation (PhilHealth)has issued a warning to its members, especially the Overseas Filipino Workers, against fake official receipts for premium contribution payments circulating in various parts of the country.

Reports have come to the attention of PhilHealth that a number of recruitment agencies are issuing falsified PhilHealth Official Receipts (PORs) to OFWs as part of their document processing.

This discovery has prompted the state-run health insurer to issue a series of advisories reminding the public to be vigilant about the proliferation of the fake PORs. 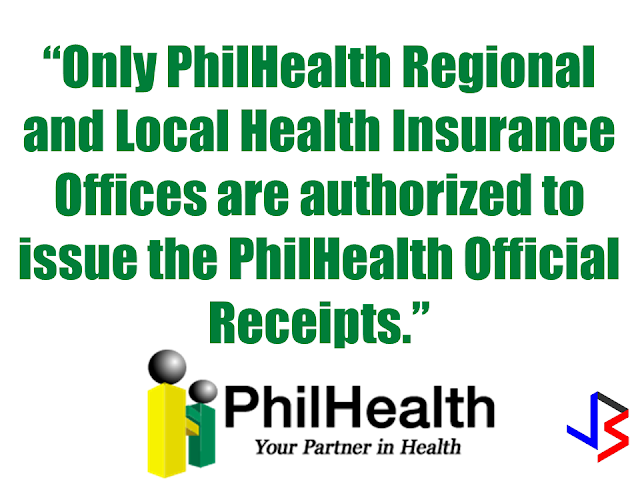 Likewise, PhilHealth called on its OFW members to be more vigilant and be watchful of persons or establishments issuing such fake receipts when paying their premium contributions as these may result that their PhilHealth benefits may not be availed. 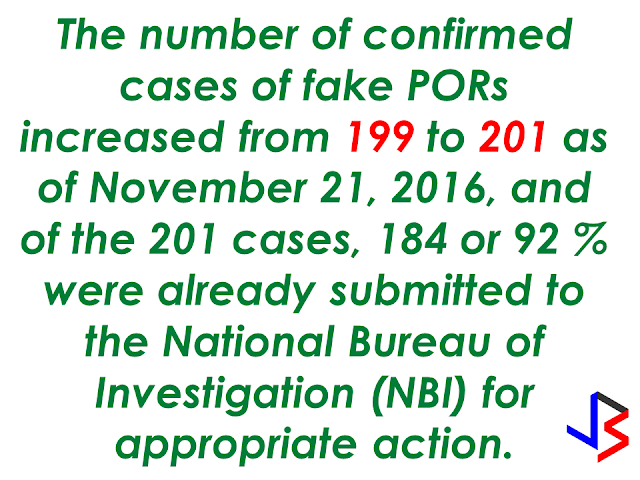 The PhilHealth management in  coordination with the POEA and other concerned offices is currently working to further intensify the campaign against agencies committing such illegal acts. 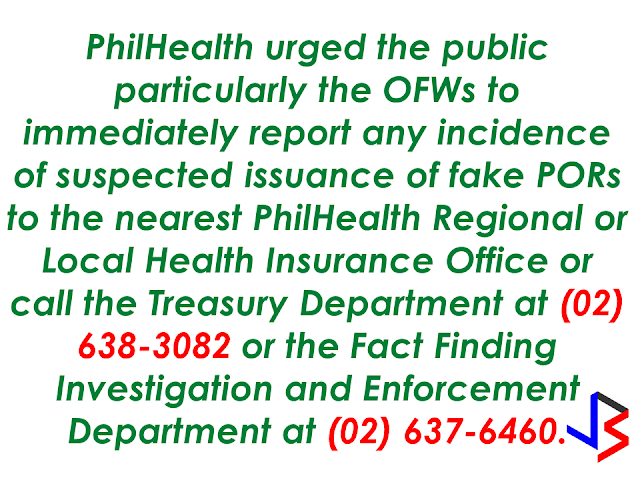 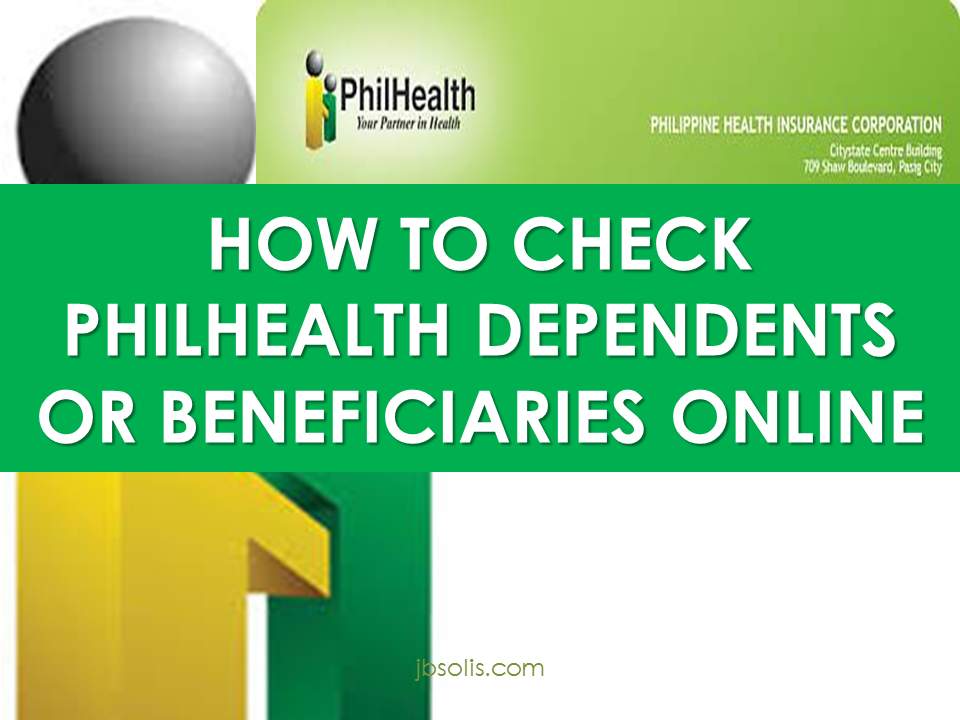 As a member of Philhealth,your family can also enjoy hospitalization benefits.Just make sure that they are listed as your beneficiaries or dependents.

If you already a Philhealth member and you are not sure about who are your listed dependents,we are going to provide you the information on how to check your listed beneficiaries and dependents in the comfort of your home. 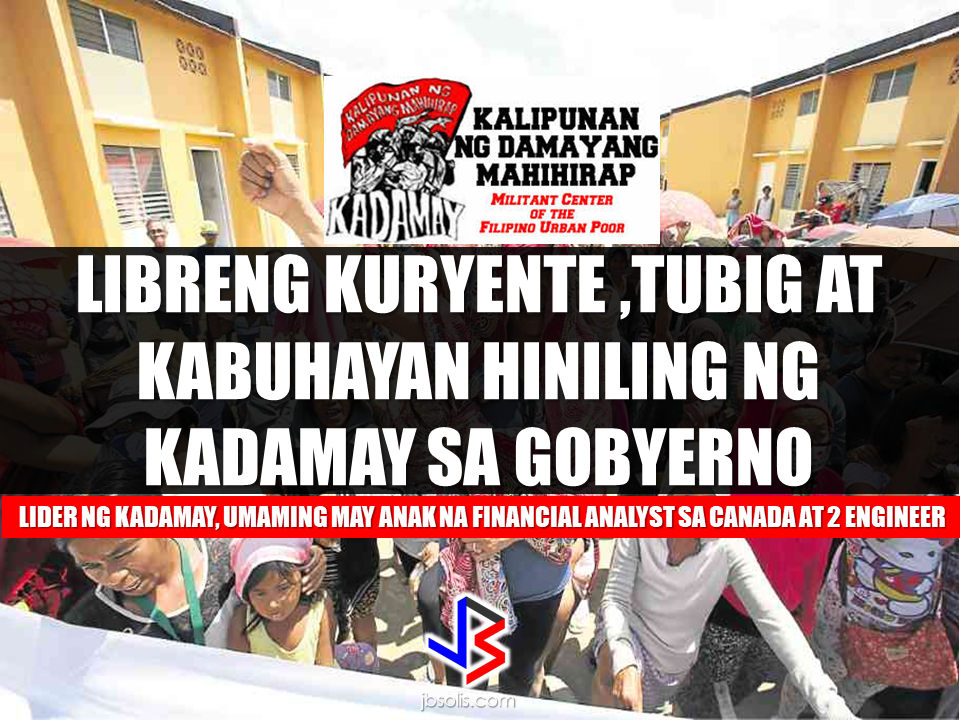 Meanwhile, Kadamay leader admitted that she has  far different status in life  compared to her members. In an interview with Sheryl Cosim on News 5, Marissa Palomeno, admitted that she has two children who are both engineers and another child who is a financial analyst in Canada. Palomeno said even though she is far well-off  as compared to her members, she does not forget where she came from and that is the common thing  that makes her cling with the poor.*Update: Due to the reports that Kadamay demands free water and electricity from the government, the group has shifted gears and released a public clarification that they only demand direct installation of water and electricity service.