At some point, almost everyone of us encountered these problems on our flight: delayed departure, lost baggage, and many other not so pleasant experiences as we travel.

Are you supposed to receive accommodation if your flight was canceled?

How do you get compensated for lost or damaged baggage?

For those traveling in Philippines, here is the guide released by DTI regarding your rights as airline passenger. 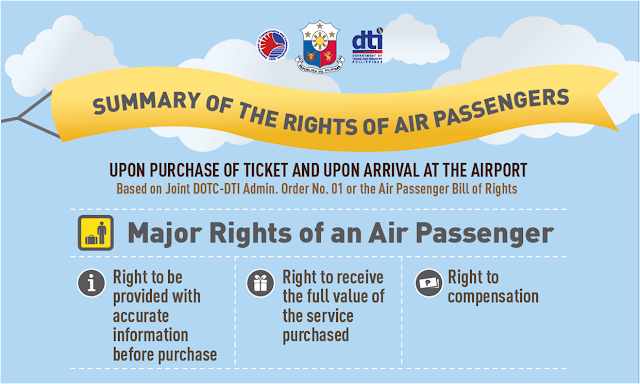 About a week ago, a friend posted in Facebook how devastating her experience was. She arrived at around 10:20 a.m in NAIA and by the time she was about to check-in she was told she was late. On the picture below the personnel wrote “10:28 late” on her document. . Her departure time was 12:15 p.m.

She stayed and asked several staffs but was referred to different people. She was told she should have been at the airport 2 hours before departure, and the check-in counter for her flight was closed already.

According to DTI she should not be denied check-in since she arrived one and a half hour before departure time. 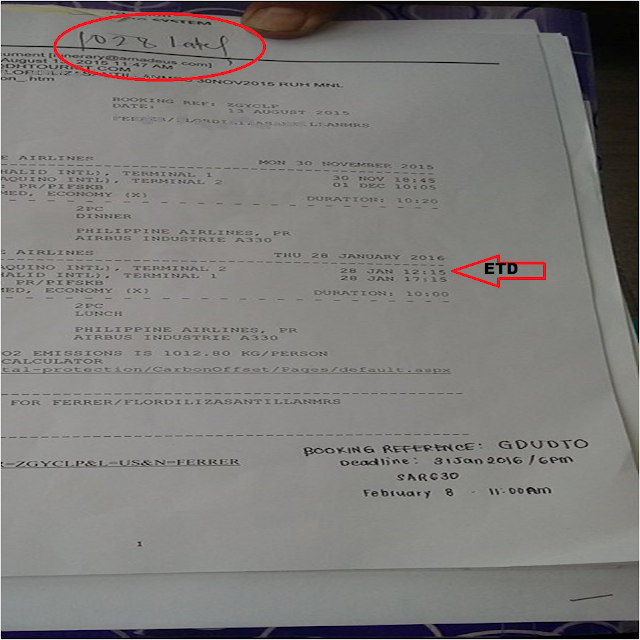 Does she have the right to be processed for check-in? Yes, she has more than 1 hour before ETD and therefore should not have been denied.

What happened to her? Well, she missed her flight and a re-booking fee was paid.

During that time there should also be separate dedicated counter for flights nearing check-in deadline since there is still more than 1 hour time before ETD. 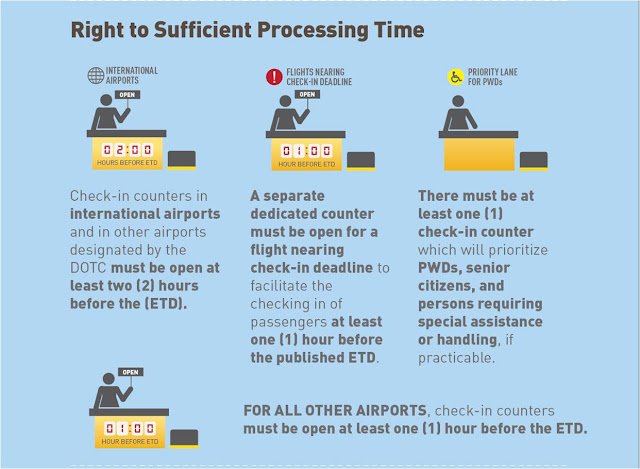 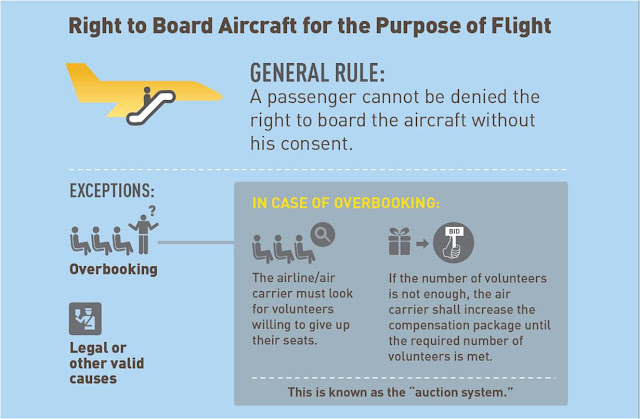 Another usual experience of passengers is delayed flight.

For delayed flights, if the cancellation happened at least one day or 24 hours before the ETD, passengers have the right for reimbursement or rebook.

If cancellation of flight happened less than 24 hours, passengers are entitled to amenities like food and hotel accomodation. They can also ask for full refund or, to rebook without additional fees, or be endorsed to another carrier/ airline without paying additional fee.

I would like to share an experience that happened on our flight from Middle East. Few years ago, our family was booked at Qatar Airways. As I recall it was December and our flight was canceled, and because of that we missed our connecting flights. The flight that was supposed to last 14 hours, lasted 23 hours. Our flight was re-routed to HongKong and from there we were endorsed to another carrier /Philippine Airlines so we could get to Philippines. There was also a time when I was travelling alone, and a free hotel accommodation at a hotel in Qatar was given since the I have to wait more than 8 hours for the connecting flight. We didn’t pay anything, while meals and accommodation were provided. 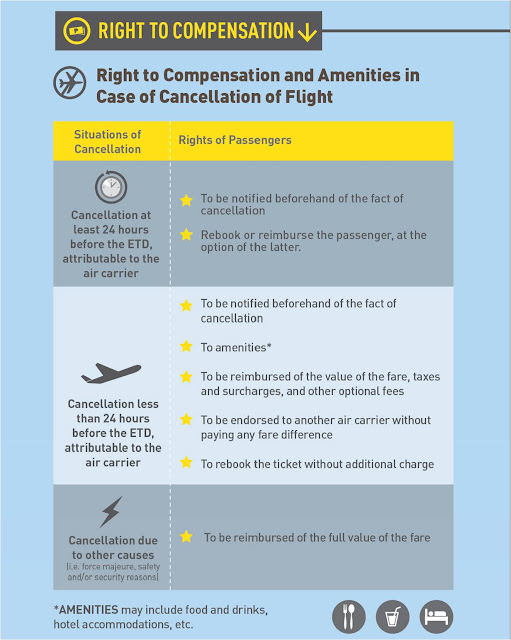 For delayed flights, refreshments are usually served at the airport if delay is at least 2 hours, and according to DTI, free phone calls, text or e-mails should also be provided. Passengers are also entitled to rebook or refund their tickets or be endorsed to another carrier. 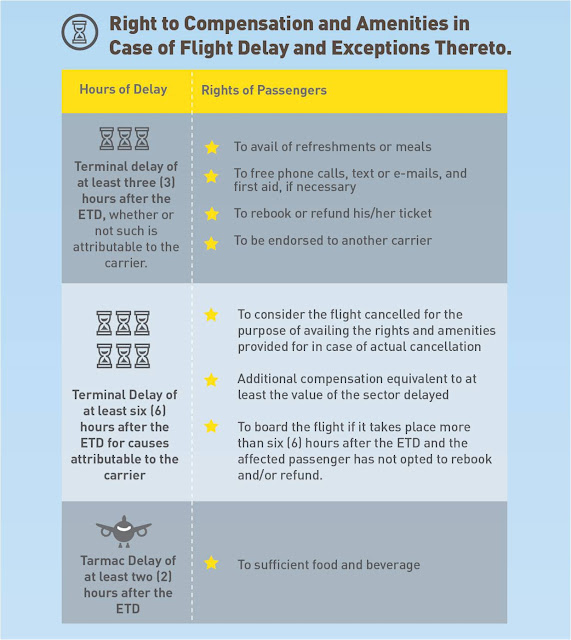 For lost or damaged baggage: Passengers are supposed to get their baggage within 24 hours from arrival. A passenger also has the right to claim Php 2,000 compensation for every 24 hour of delay. 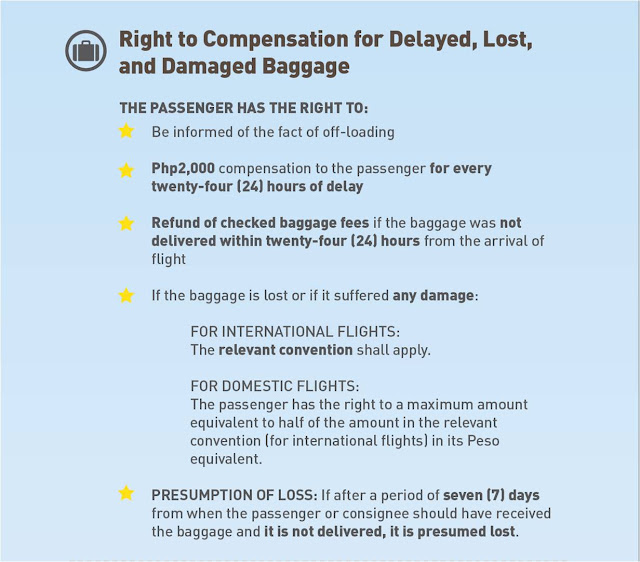 Unfortunately, lost baggage cannot be reimbursed in full amount. For domestic flights that maximum amount that could be claimed is 50% of the value. While international flights also have different rules, and usually airline companies have list of items which they will not reimburse. You may also check your insurance if in case they will cover this.

Things the Airlines usually Refuse to be Liable For 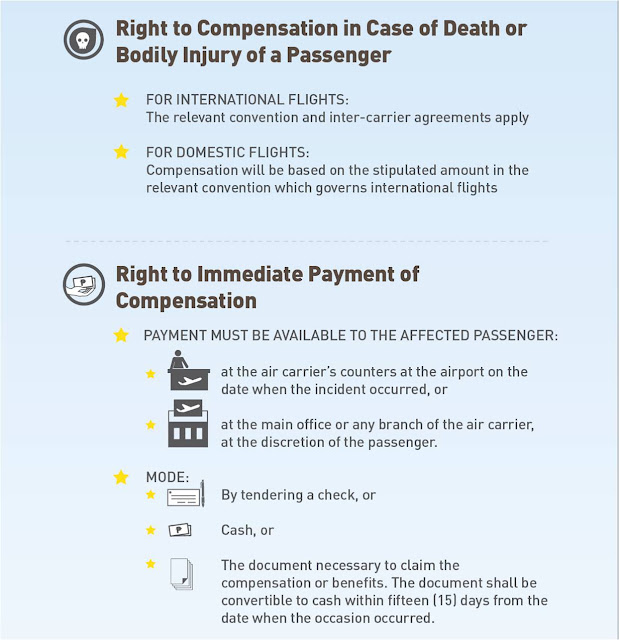 For concerns or inquiries regarding your rights as passenger please contact the following: 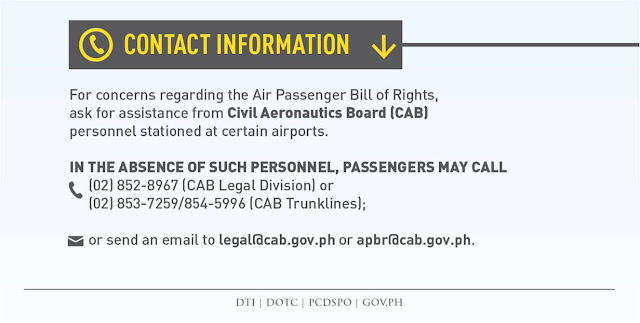 Allowed and Not Allowed Items On Board