Saudi Arabia is Number 1 country as Top Destination for OFWs in the world last 2016.

Saudi Arabia is currently the largest hirer of Overseas Filipino Workers (OFWs) and has the largest Filipino population in the Middle East.

Last January to September 2016, Saudi Arabia offered around 117, 696 jobs to Filipinos according to workabroad.ph.

Until now, Saudi Arabia is still opening its doors to thousands of Pinoys who want to work in the country in spite of Saudization. If you are interested in working in Saudi Arabia, you must have information first about an important thing while in the country, laws, policies, rules, and regulation and of course, one of the reasons why you need to go abroad – it gives you a salary, your home country cannot afford.

This post is all about wages or salary of an expatriate worker in Saudi Arabia, be it a Filipino or other nationality. Information is taken from laboreducation.gov.sa. 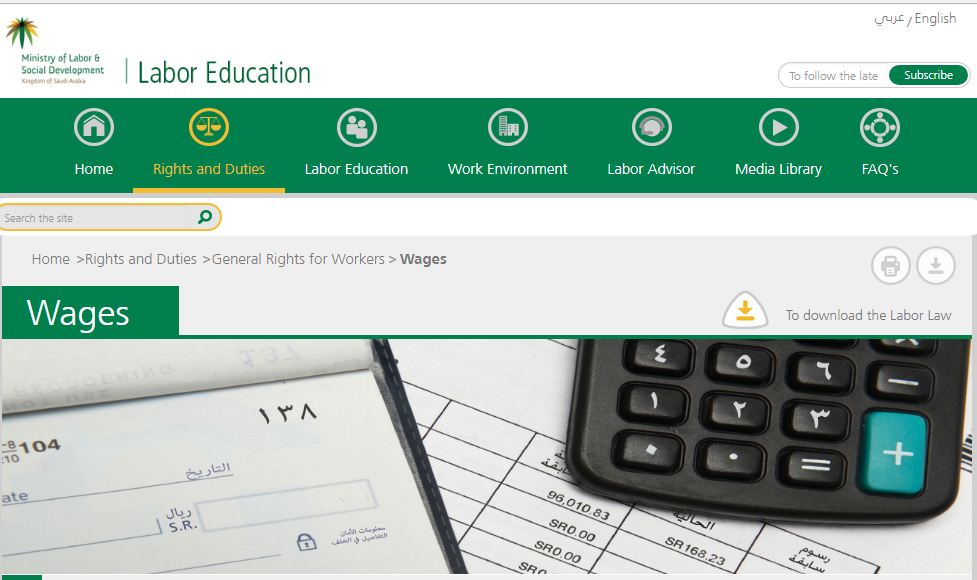 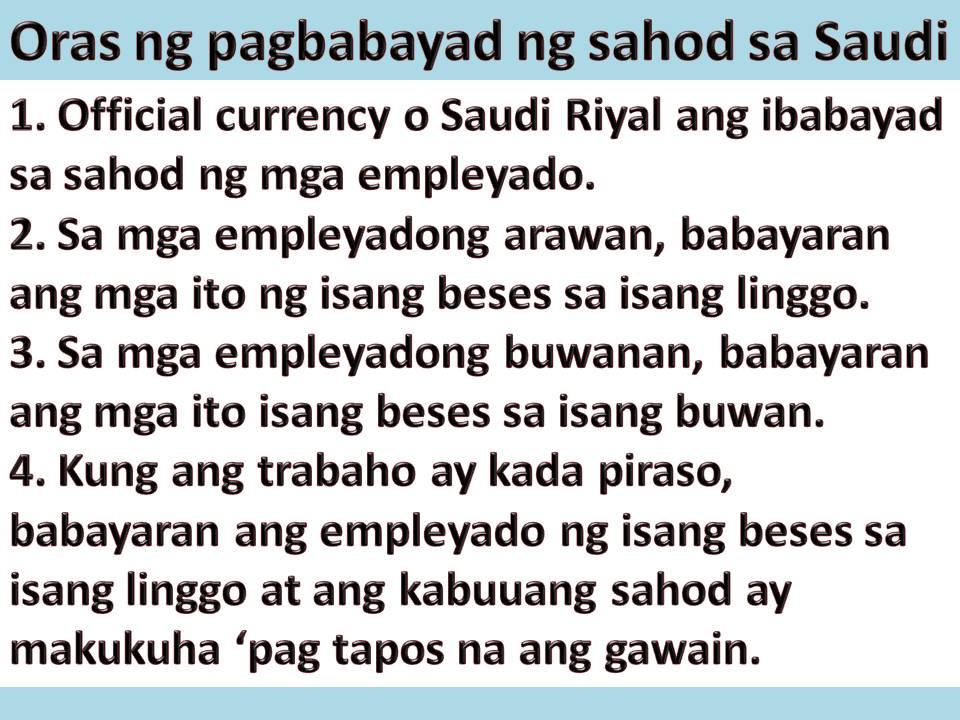 Deduction or Delay without Cause

Wages Deductions and Percentage of Deduction

First: No amount shall be deducted from the employee’s wages against private rights without his written consent, except in the following cases:

Second: In all cases, deductions made may not exceed half the employee’s due wage, unless the Commission for the Settlement of Labor Disputes determines that further deductions can be made or that the employee is in need of more than half his wage. In the latter case, the employee may not be given more than three-quarters of his wage. 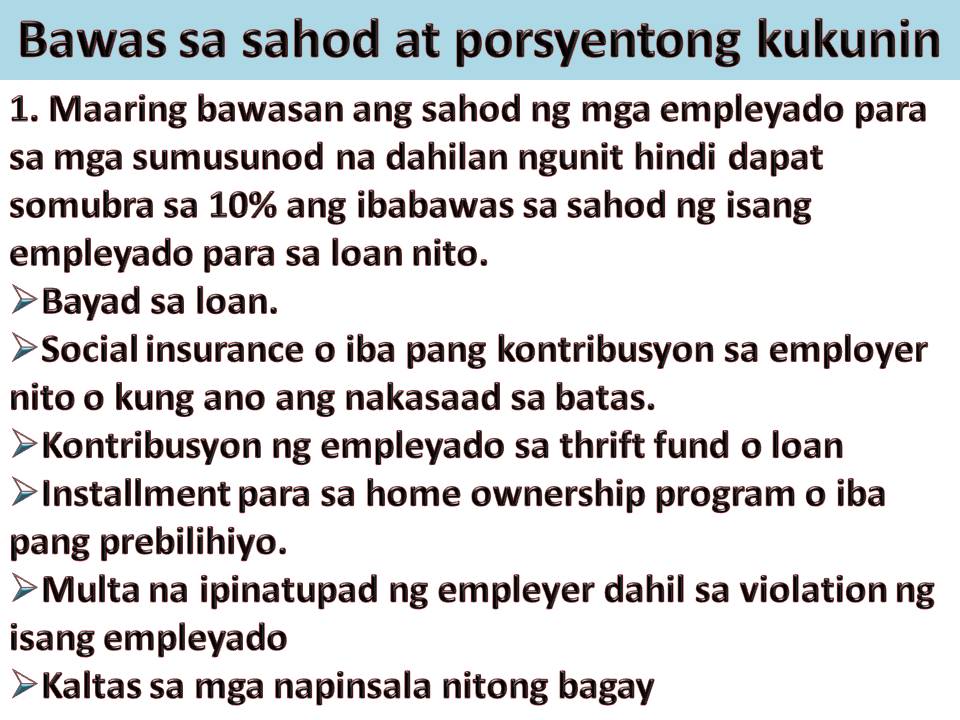