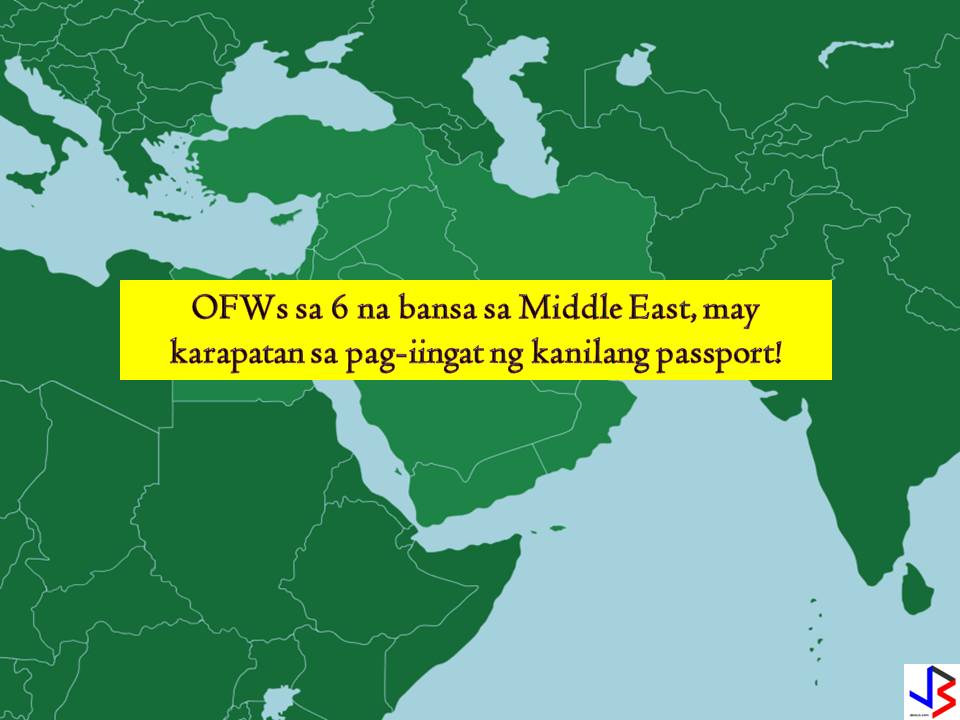 “An employer who keeps the passports of his employees will be fined SR2,000 and the one who does not provide a copy of the contract to workers will be fined SR5,000, according to the new regulations of the Ministry of Labor.” 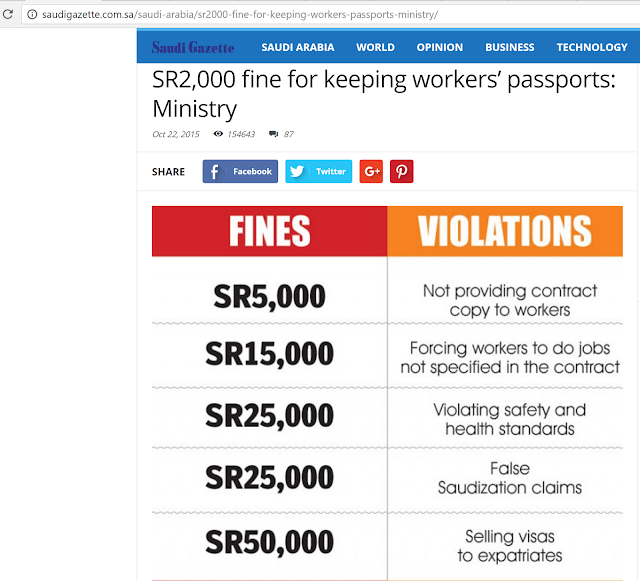 An employer does not have the right to retain the passport of his expat employee without the employee’s consent, Khalid Aba Al-Khail, spokesman for the Ministry of Labor and Social Development, said.However, if the expat worker wishes the employer to keep his passport, he has to sign a written statement in both Arabic and his native language stating that the employer has received his passport and the date of receipt, he said.He called on employers not to keep the passports of their employees unless they agree on that to avoid any penalty stipulated by the executive by-laws of the labor law. The penalty includes imposition of a fine of SR2,000 for each case, but can carry multiple fines in case he retains the passports of additional workers. 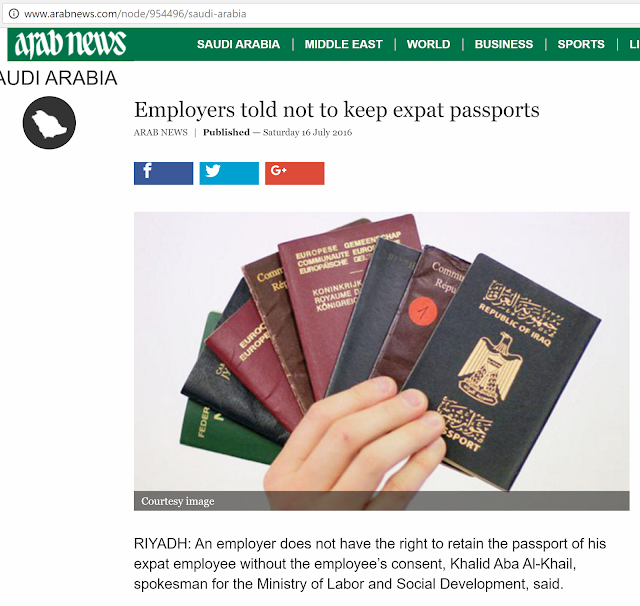 “The Labor Ministry has reiterated that it is the right of foreign workers to keep their passports and official documents.“Anybody violating this rule will face serious penalties,” said Taysir Al-Mofraj, the ministry’s spokesman.According to him, holding on to employees’ passports does not guarantee that the worker will not escape, as there are many cases in which runaway workers can register again with embassies without official documents.In case an employee is absent during the first three months, the employer can replace that worker with another one via the recruitment office, he explained.Sultan Al-Harbi, director of Labor Office in Jeddah, confirmed that any employer that takes passports away from his expat staff is in clear violation of the labor laws.Speaking to Arab News, Al-Harbi stated that any expatriate worker can lodge a complaint with the labor office against his employer, “because labor laws protect the rights of expat workers.”Articles 6 and 7 of the Domestic Workers Act stipulate that both parties are protected and neither is subject to sanctions by the Labor Office, Al-Mofraj said.As per Article 13 of the act, employers must notify the nearest police department as well as the Labor Office when a worker absconds so as to ensure there are no lawsuits or complaints against the employer.” 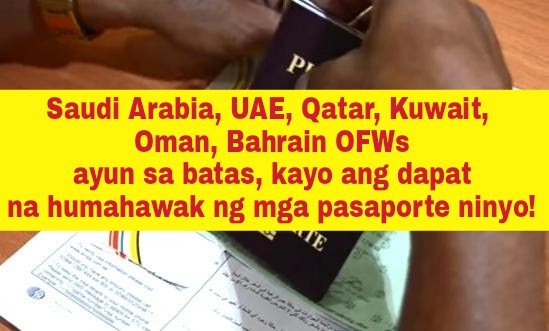 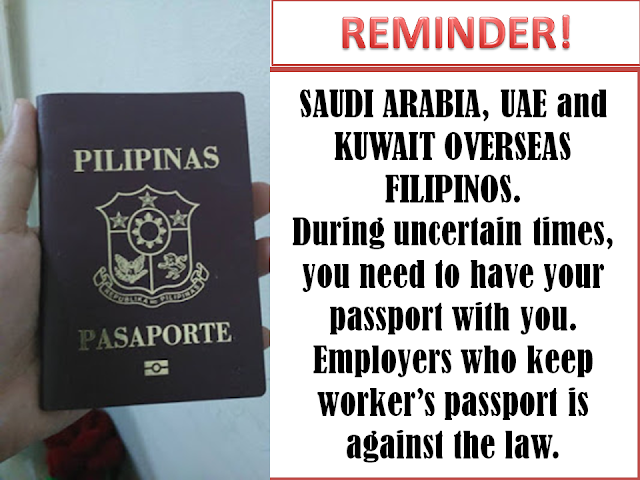 The Labor Ministry has reiterated that it is the right of foreign workers to keep their passports and official documents.

In the revised Labor Law, it is stated that any company or employer who keeps the passport of employee shall be fined SR 2,000. 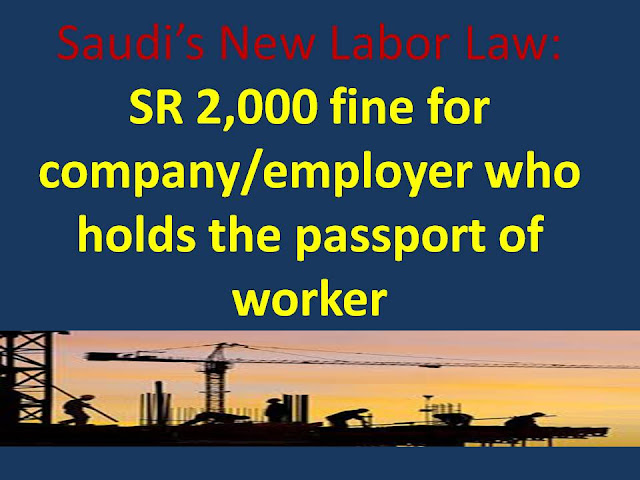 “Retention of employee passport by an employer is against the law in the UAE, and an individual has the right to take the legal course against if it done without the employee’s consent or without a court order.

According to Jamie Liddington, head of employment at law firm Hadef & Partners, it is unlawful for an employer to withhold and retain an employee’s passport without the employee’s consent – and this has always been the case.

“It was stated in a decree by the Ministry of Interior (in December 2002) that it will be considered as an illegal action to retain the passports except by governmental parties. It is a personal travel document that proves the identity of the holder, and the laws stipulate that the bearer must keep his or her passport and present it to the government authorities upon request. In case of holding of passports by anyone without a court order, there will be a suitable punishment by the law,” –Emirates 24/7

Companies in Kuwait will no longer be allowed to withhold employees’ passports under new labor laws being written, according to Arabic Daily. As a new humanitarian approach from the Kuwaiti Government regarding expats living in Kuwait and the injustice that may occur of the abuse of the sponsorship system, a draft resolution is expected to be submitted to the Minister of Social Affairs and Labor and Minister of Planning and Development Hind Al-Subaih this month.The Sponsorship is a system used to monitor migrant laborers, working mostly in the construction and domestic sectors, in the Gulf region.

‘KEEPING EMPLOYEES’ PASSPORTS IN CUSTODY IS VIOLATION OF QATAR LAW
“The Law 4/2009 regulates the entry, exit and residency of the country’s foreign workers (expatriates) and it gives adequate protection to the foreigners and guarantees their right to keep passports in their possession,” said Doha legal activist and Migrant Asia regional co-ordinator Nizar Kochery.
“Violation of the law could amount to a penalty of not less than QR10,000 to the sponsor or his representative for every passports that he keeps in his illegal custody,” said the legal consultant, adding Article 52 of Law 4/2009 has provisions for imposing fine on sponsors for the violations pertaining to the employees’ passports.

Moath Al Ghilani, an Omani lawyer, said, “It is illegal to keep the passport of the employee as it is a personal document and legally, the property of the government issuing it. In Oman, normally a passport is handed over by the expat only to get a residence visa stamped on it and as per the rules, it should be returned after the stamping.”

Via Times of Oman

Passport: Without a court order an employer has no right to hold employee’s passport whatsoever.

That practice represents a violation of freedom of movement in contravention of Article (19) (b) of the Constitution, which ensured the freedom of movement of every person on the territory of Bahrain. This practice (Although quite common) amounts to criminal misappropriation and breach of trust i.e. the employer got the passport lawfully (In order to process the residency Permit and other formalities etc…) but retained it unlawfully (Without the employee’s consent)