Sponsored Links
Advertisement
Home
News
SSS Payment To Be Made Mandatory. No Payment of Dues, No Travel For OFWs?
Prev Article Next Article 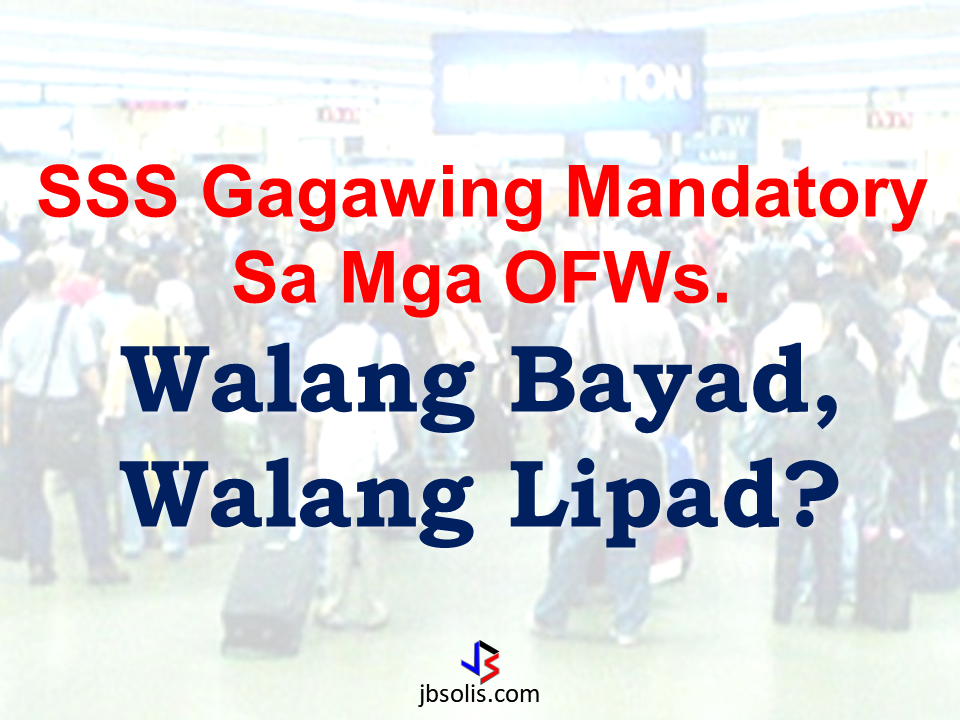 Mandatory payments has been a burden for OFWs eversince. Government services membership like Pag-ibig, Philhealth, OWWA and now, SSS. It can be helpful for them, yes. But if you will hinder them to travel outside the country just because they failed to pay. Do you think it is still helping the OFWs?

In 2013, an outburst among OFWs happened when Philhealth announced a premium increase from P900 to P1,200 to P2,400. The OFWs from all over the world opposed the increase, much more when they said it will be included in the mandatory fees attached to the Overseas Employment Certificate (OEC) which is needed in order to allow OFWs to work overseas.

The POEA later issued Advisory No.6-2015 excluding Pag-ibig and Philhealth on OEC Payment allowing OFWs to pay without being obliged to pay these fees, which brought the OFW clamor to ease. 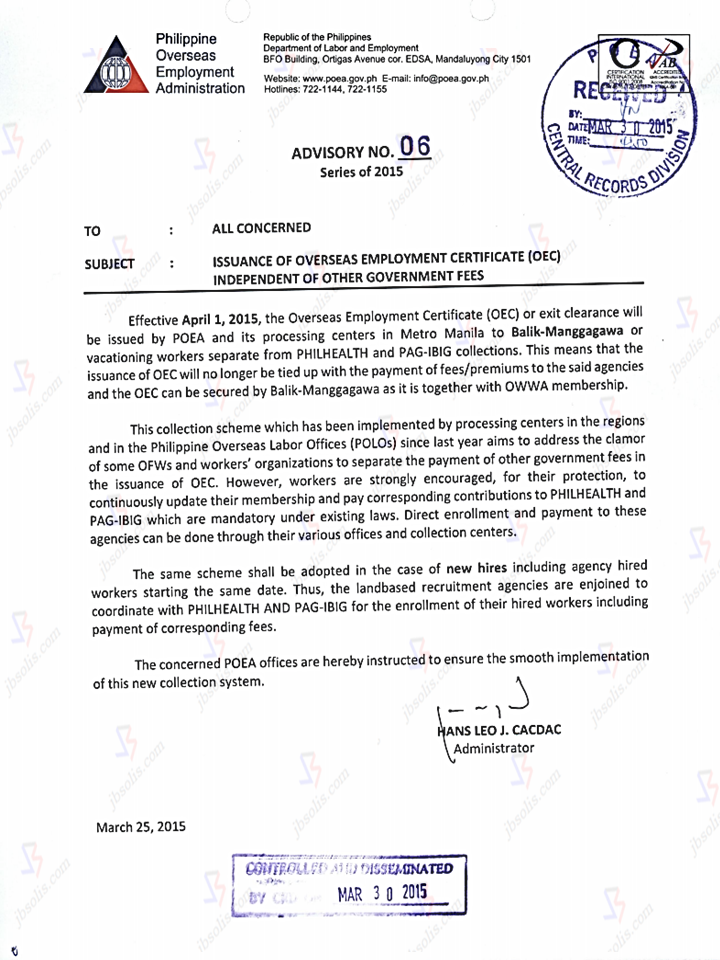 The same thing might happen if the SSS premium will be made mandatory and will be included in OEC payment.

First published on March, the Social Security System seek mandatory membership for the OFWs. The SSS said that they want to ensure that the OFWs can surely avail of social security benefits. 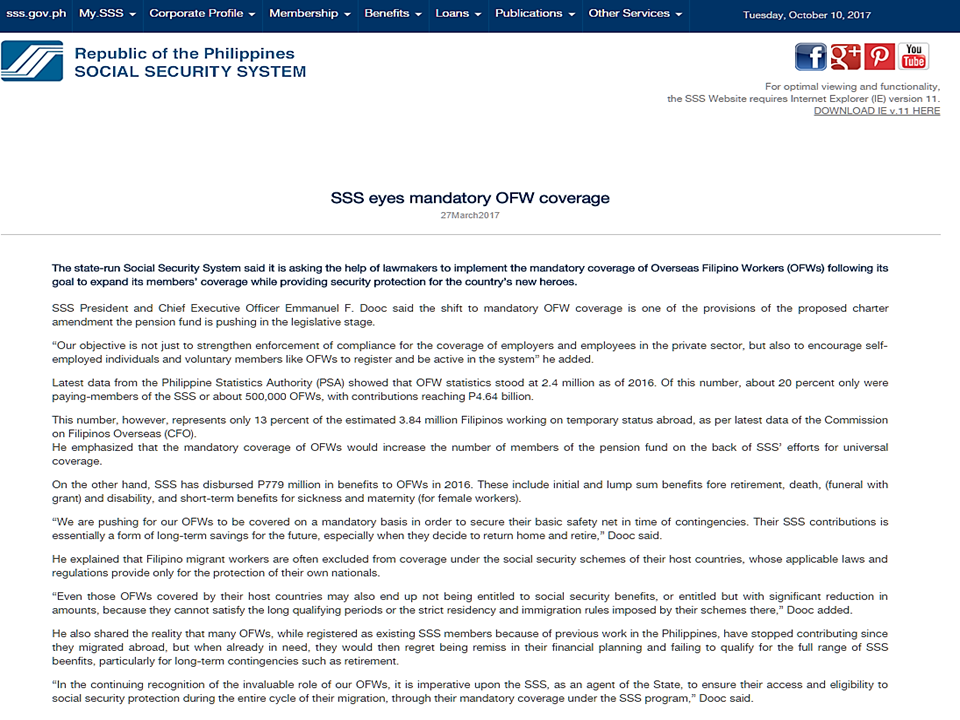 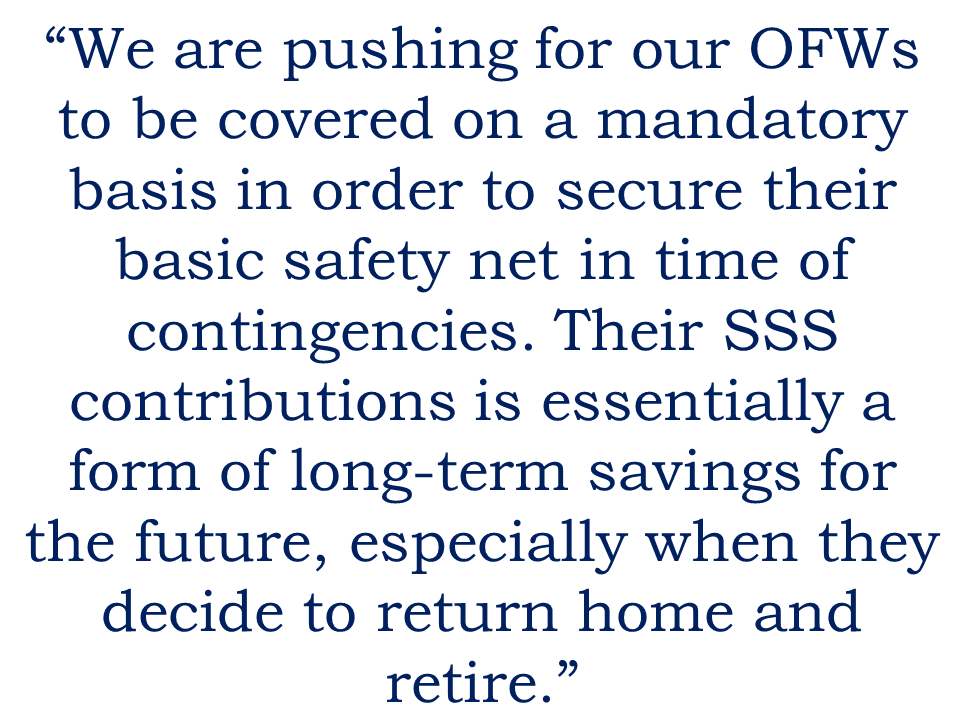 Under the SSS proposed measures for enforcement, it seeks to include SSS premium payment in recruitment and employment contracts and in the process of securing OEC. It includes verification on compliance on mandatory SSS coverage and payment of “unpaid contributions” if any before leaving the country, which equated to “no pay, no fly” for the OFWs.

However, the mandatory SSS payment for OFWs are still under negotiations and series of meetings with concerned stake holders including OFW representatives and recruitment agencies.

SSS said that out of over 2 million OFWs deployed worldwide, only about 20% were paying-members of the SSS or about 500,000 OFWs.

Could Having A Sibling In Canada Help You With Your Plan To Immigrate?
Kuwaiti Citizen’s Message To President Duterte And OFWs In Kuwait

What Is Assumption Of Mortgage And How To Avail From SSS

Things You Need to Know About Senior Citizen’s Benefits

Body Of Household Worker Found Inside A Freezer In Kuwait; Confirmed Filipina

What You Need to Know For A Successful Housing Loan Application

What is Certificate of Good Conduct Which is Required By Employers In the UAE and HOW To Get It?