Those were the opening lines of a long text conversation between a guy and a girl. According to Facebook user Jinkle Marie Silo, she retrieved the series of conversations from the ‘University of Manila Secret Files’ fan page.

She read the exchange of text messages and said that it touched her so much; she couldn’t resist uploading it on her own Facebook account and sharing it with other people, particularly to couples.

She mentioned that in the text messages, it was the guy who opened up and said sweet things to his girlfriend.

Here is how it began: 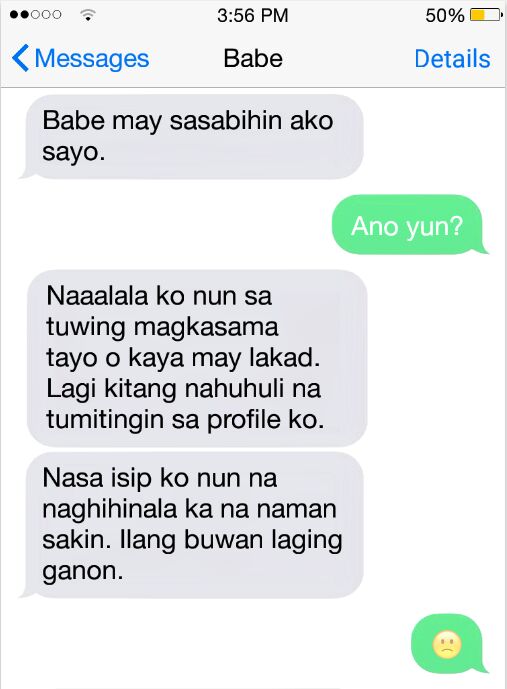 The girlfriend replied with a sad emoji. This was probably because she felt touched by the sudden message of her boyfriend. 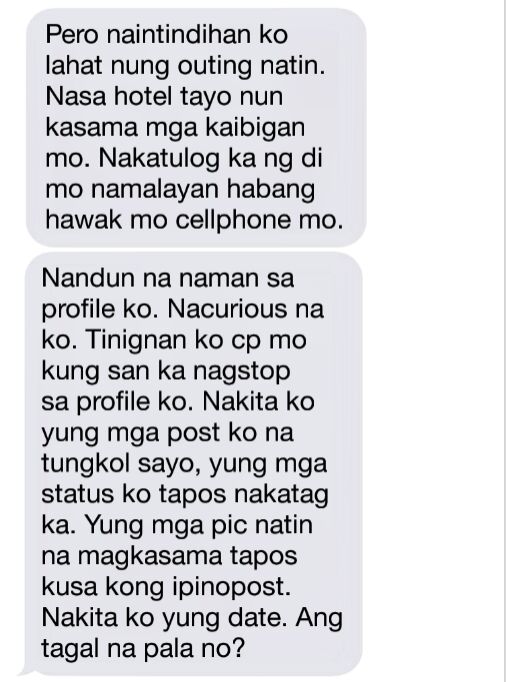 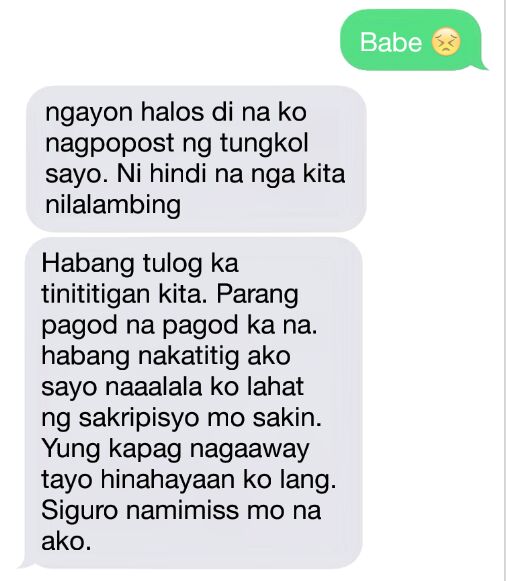 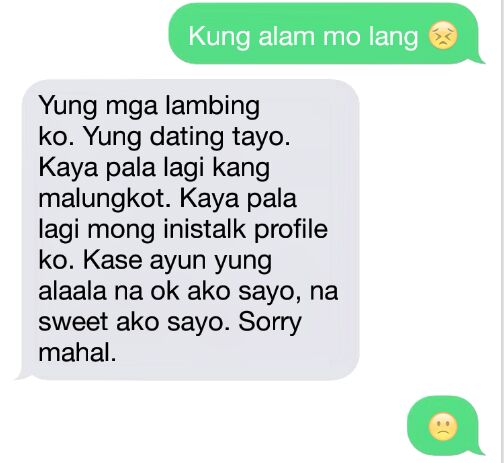 You could see that his girlfriend couldn’t reply anything but emojis and only a few words. Clearly, it is evident that she is in shock. 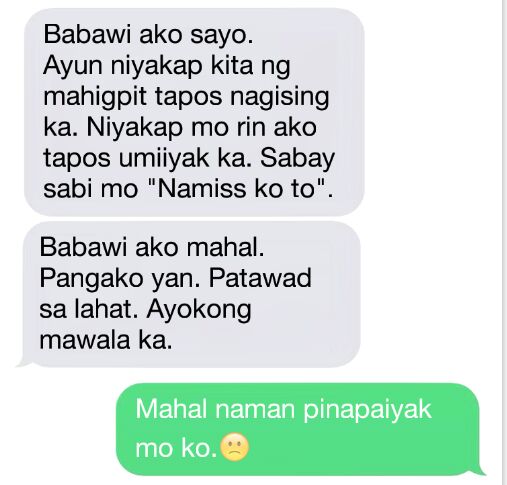 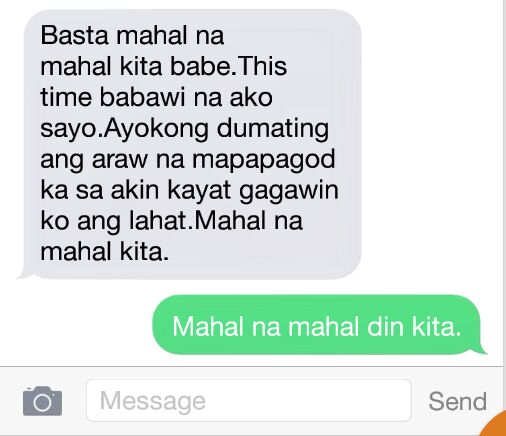 And in the end, another Facebook user named Rogelio Catipon Calderon II commented why each partner should do sweet things and romantically surprise each other every now and then. 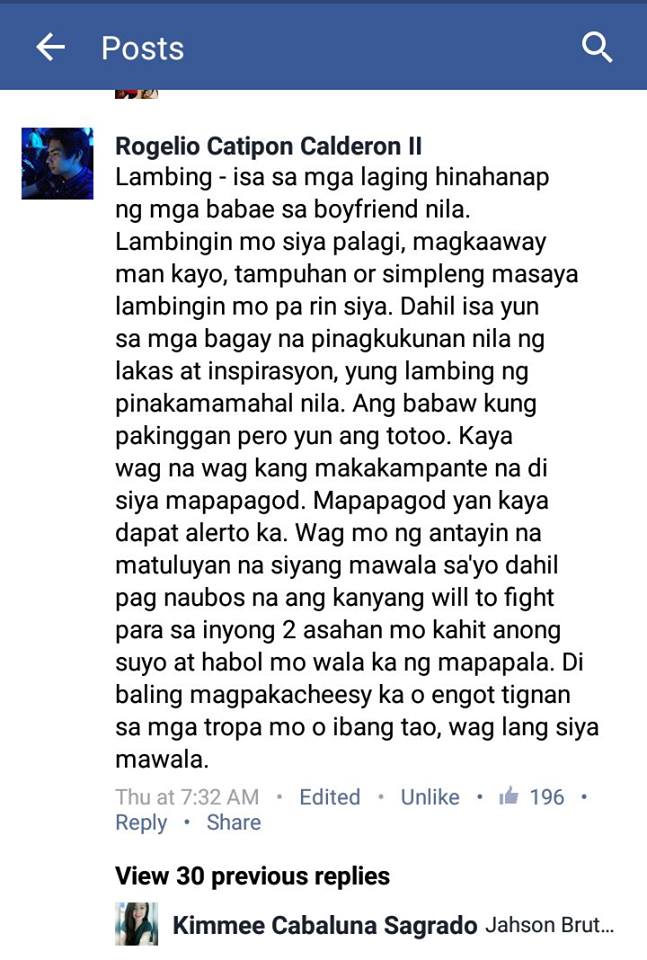 As expected, lots of netizens showed their appreciation to the couple, especially to the guy who initiated the conversation and promised that he would never stop being sweet to his girl.
For her part, Silo said in her album description that girls should also do the same to guys—they should surprise their boyfriends with random moments too.
Relationships are supposed to be give-and-take so either way, both parties should remain sweet to one another and at best, reciprocate each other so that it would be a healthy partnership.
What do you think of this story? Do you also do the same with your significant other? What are your tips on keeping the love alive?
Share your thoughts and comments below.
Prev Article Next Article